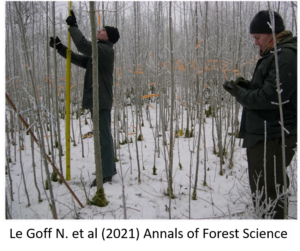 For the read-only version of the full text:
https://rdcu.be/cdvgy

Data availability
The data sets generated and/or analyzed during the current study are available in the Data INRAE repository, https://doi.org/10.15454/OMMABO